Where is the ball valve used?

Since ball valves are often equipped with rubber, nylon and Teflon as the seat seal material, its service temperature is limited by the material of the seat seal. The cut-off function of the ball valve is achieved by the metal ball being pressed against the plastic valve seat under the action of the medium (floating ball valve). The valve seat seal is deformed by elastic deformation in a local area under a certain contact pressure. This deformation can compensate for the manufacturing precision and surface roughness of the sphere, thus ensuring the sealing performance of the ball valve.

Since the valve seat seal of the ball valve is usually made of plastic, in the structure and performance of the ball valve, the fire resistance and fireproof of the ball valve should be considered, especially in the petroleum, chemical, metallurgical and other departments, in the flammable and explosive medium. The use of ball valves in equipment and piping systems should pay more attention to fire and fire protection.

Ball valves are also suitable for use in piping systems with a lightweight construction, low pressure cut-off (small differential pressure) and corrosive media. 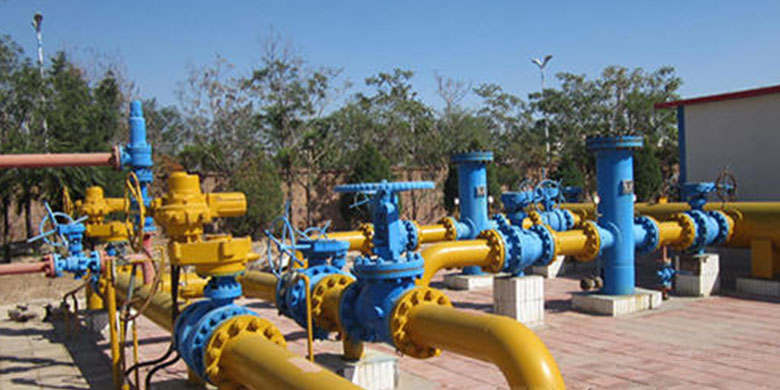 In the oxygen piping system of the metallurgical industry, ball valves that have been strictly degreased are used.

When the main line in the oil pipeline and the gas pipeline is to be buried underground, a full-bore welded ball valve is required.

When it is required to have adjustment performance, a ball valve with a special structure with a V-shaped opening is required.

The principle of using a ball valve:

1. When the situation is installed on the main line of oil and natural gas transportation, and the pipeline needs to be cleaned and buried underground, we must use a ball valve with full pass and all welded structure. When it is necessary to bury it on the ground, it is necessary to select a ball valve that is fully welded or flanged. When installed on the branch pipe, flange connection, welded connection, full or reduced diameter ball valve should be used.

2. When used in the pipeline and storage equipment of the refined oil, a flanged ball valve is required.

3. When used on the pipeline of city gas and natural gas, a floating ball valve with flange connection and internal thread connection is used.

4. When used in the oxygen pipeline system in the metallurgical system, it is advisable to use a fixed ball valve that has been strictly degreased and flanged.

5. When used in piping systems and installations for cryogenic media, a cryogenic ball valve with a bonnet should be used.

6. When used in the piping system of the catalytic cracking unit of the refinery, a lifting rod type ball valve may be selected.

7. When used in equipment and piping systems for corrosive media such as acid and alkali in chemical systems, it is advisable to use all-stainless steel ball valves made of austenitic stainless steel and with Teflon as the seat seal.

9. When flow adjustment is required, a worm-gear, pneumatic or electric adjustment ball valve with a V-shaped opening can be used.

Pre: Where is the butterfly valve used?

Next: What valve is used in the sludge pipeline?