A check valve is a valve in which the opening and closing member is a circular flap and acts on its own weight and medium pressure to block the flow of the medium. It is an automatic valve, also known as a check valve, non return valve or isolation valve. Common check valves are as follows. 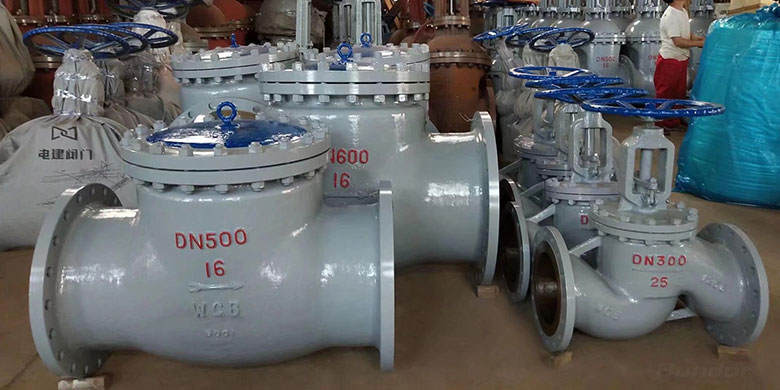 2. The straight-through lifting check valve can only be installed in the horizontal pipeline. Limited by installation requirements, it is often used for small diameter applications DN<50.

The second type is a swing check valve. The flap of the swing check valve has a disk shape and rotates around the shaft of the valve seat passage. Because the valve channel is streamlined, the flow resistance is smaller than that of the lift check valve. It is suitable for small and medium diameter, low pressure and large diameter pipes (low flow rate and large diameter occasions where the flow does not change frequently). Its sealing performance is not as good as that of lifting.

2. The installation position of the swing check valve is not limited. It can be installed on horizontal, vertical or inclined pipelines.

The fourth type is a diaphragm type check valve. It has a variety of structural forms and uses a diaphragm as the opening and closing member. Due to its good performance of waterproof hammer, simple structure and low cost, it has developed rapidly in recent years. However, the temperature and pressure of the diaphragm check valve are limited by the material of the diaphragm.

Diaphragm check valves are suitable for use on pipelines that are prone to water hammer. The diaphragm can well eliminate the water hammer generated when the medium is reversed. It is generally used on low pressure normal temperature pipes, especially on tap water pipes. The medium generally passed has an operating temperature between -12 and 120 ° C and a working pressure of less than 1.6 MPa. However, the diaphragm type check valve can achieve a larger diameter, and the maximum can reach 2000mm or more.

Pre: What valve is used in the sludge pipeline?

Next: Can a butterfly valve be used on the steam line?