How to install the lug type wafer butterfly valve 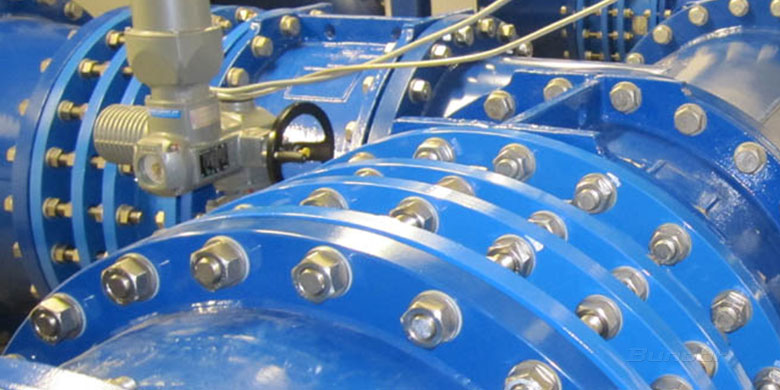 2. The lug type can be easily installed in the discharge position.

Lug type wafer butterfly valves use bolt length = standard bolt length + nut length + butterfly valve thickness + spring pad thickness + flat pad thickness + a little margin. Generally, the bolt length is calculated according to the matching flange. The bolt hole of the butterfly valve is matched with the thread and is installed by a full-threaded stud bolt. One of the nuts is removed, the bolt is twisted into the bolt hole of the valve, and then the nut is tightened. There are two holes on the lug butterfly valve. There are also through holes and internal threads. If it is a through hole, the bolt will grow long and pass through. Its function is to position the valve pipe coaxially when it is installed. Simply put, it is convenient to install with these holes. The valve is tightened by bolting the two flanges together to produce a clamping force. The caveat here is that a flange has eight holes but the valve does not have to have eight holes. Generally speaking, there are four holes and two holes. Internal threads, short bolts, installed on both sides of the valve. Such a valve should be referred to as a single-wafer valve because such valves are typically mounted at the end of the pipe. At this time, the pipe has only one flange, and the valve is fixed on the pipe by the fastening force generated between the bolt and the threaded hole on the valve. Generally, all holes of the lug type are threaded holes. Through holes are only used at the request of the customer.

Next: Where is the butterfly valve used?